The Model Viewer is a plugin tool for the C4 Engine. It is used to preview dynamic models and to import animations for those models.

The Model Viewer is opened by selecting Open Model from the C4 Menu, or by typing model [name] in the Command Console. If the Open Model menu item is selected (or name is omitted from the console command), then a dialog appears to let you select a model resource. 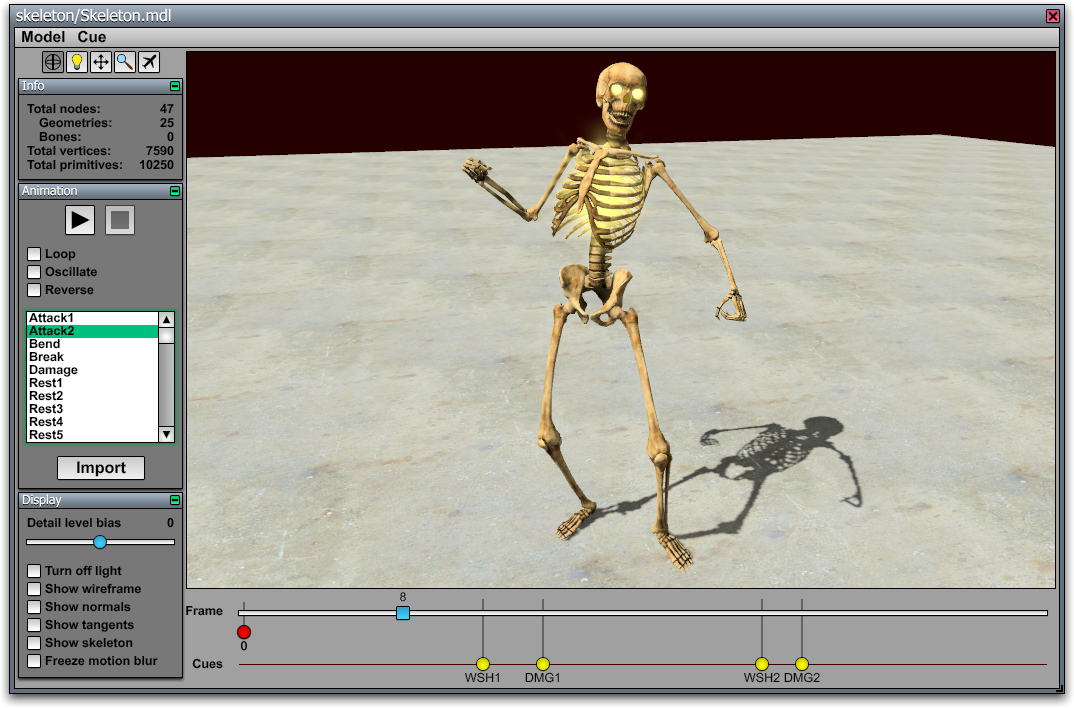 The Model Viewer window has the layout shown in Figure 1.

Selecting an animation from the list causes that animation to be activated. The animation can then be played using the controls at the top of the Animation page. 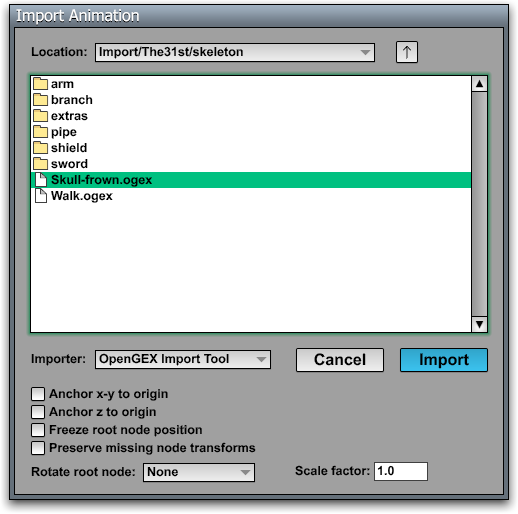 When an animation is imported, differences between the up direction in the source application and in the C4 Engine are automatically resolved. You do not need to worry about the fact that your models may have been created in a setting where the y axis points up. (In the engine, the z axis points up.)

There are some options at the bottom of the import dialog that can be used to modify the transforms applied to the root node of the model when the animation is imported.

In the Display page, the Detail level bias slider allows you increase or decrease the detail level for the model so that different LOD meshes can be seen, if present.

The check boxes can be used to display the information described in the following table.