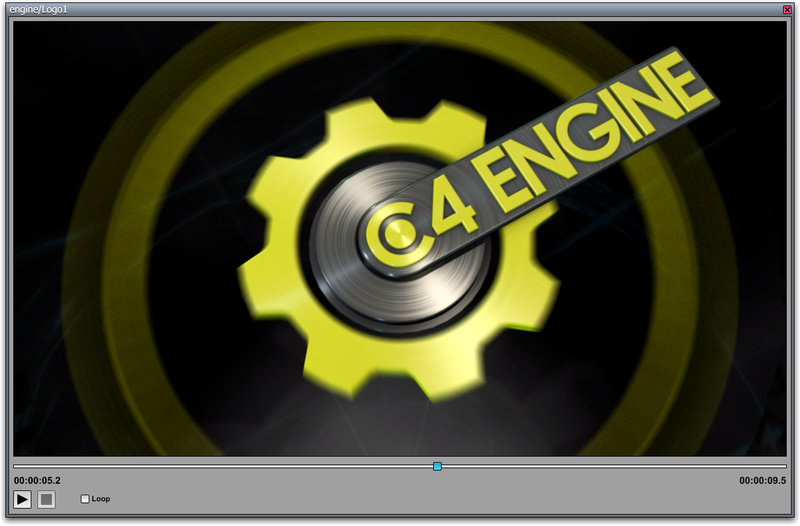 The Movie Player is part of the Movie Tool plugin that ships with the C4 Engine, and it is used to preview movie files in the engine's proprietary .mvi format.

The Movie Player is opened by selecting Open Movie from the C4 Menu, or by typing movie [name] in the Command Console. If the Open Movie menu item is selected (or name is omitted from the console command), then a dialog appears to let you select a movie resource.

The Movie Player window has the layout shown in Figure 1.

The slider underneath the movie can be used to change the current playback position. The current playback time is displayed underneath the slider on the left, and the total duration of the movie is shown on the right. The movie is played and stopped using the buttons in the lower-left corner. The movie can be set to loop continuously by checking the Loop box.