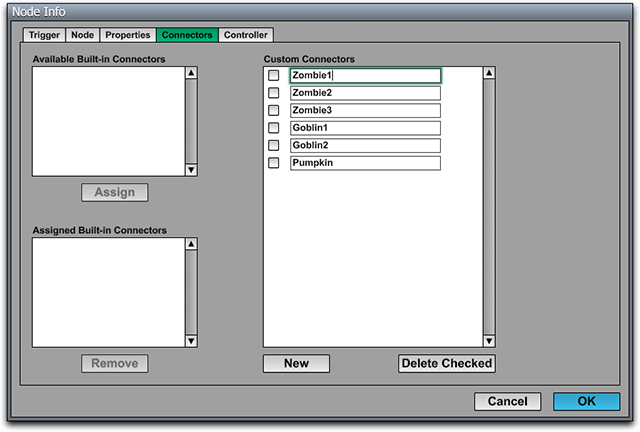 Figure 1. Connectors can be added or removed from a node under the Connectors tab in the Node Info window.

Every node in a world can have one or more connectors attached to it. A connector forms a link between the node that owns it and some other node in the world. Connectors are used for a variety of different purposes, such as connecting a portal to the zone that it leads to or connecting a node with a script controller to other nodes that the script operates on.

Connectors are added to (or removed from) a node under the Connectors tab in the Node Info window (shown in Figure 1). Each connector has a name of up to 15 bytes in length that is used to identify it. This identifier is displayed in the World Editor and the Script Editor to distinguish among different connectors attached to a node. To add a new connector to a node, simply click the New button and type in an identifier for the new entry that appears in the list of connectors.

The following table describes the built-in connectors for each type of node that defines them.

Connecting to Other Nodes

Each connector can be either unconnected or connected to one node. To specify the target of a connector in the World Editor, click on the Connect Tool (or press 5) and then select a node for which you want to set an outgoing connection (but don't select the target yet). The available connectors will appear in a list beneath the selected node, as shown in Figure 2. Click in a box to select a connector, and it will be highlighted to indicate that it's selected. Then select the target node and choose Connect Node from the Node menu (or just type Ctrl-L). You will see a line with arrowheads pointing from the connector to its target node. Connectors from multiple nodes (one connector each) can be selected by using the Shift key. This can be useful if, for instance, you want to connect multiple zones to the same fog space.

A connector can be broken by selecting it and choosing Unconnect Node from the Node menu (or typing Ctrl-U).